Rape Speaks loudly of Shame, reliving the violence in fear!

These bloodsheds of brutality have been a male rampage for millennials. Women have long been sexually assaulted long before historical writings, before the first alphabet was formed in Egypt 1900 BC.

Hypatia, well known Hellenistic Neoplatonist philosopher, astronomer, and mathematician from Alexandria, 370CE a scribe, taught by her father Theon early in age, was desecrated due to her wisdom. The Roman men abolished her works, stoned Hypatia and dragged her naked body through the cobblestone streets of Rome. Her body pulverized, eaten by ravaging dogs, worse, taken as warning tokens.

Woman have been burned for their instinctual knowledge, seemingly an affront to men, often of political power. Against all honor, men will pontificate their virile narcissistic egos as a badge of honor, “grab their pussies” states Trump. Flagrant disregard for the mother who gave him birth or his multiple wives.

women around the world are shouting “our bodies are no longer to be violated!”

In the medieval days: If a herbalist woman could not cure the king’s ailments, she would be raked, tortured and then burned alive. If the king was healed, she would be remanded to a life as his mistress. A living hell whenever it pleased the king or pontiff, or any man of illusionary power.

Life for women has not strayed far in our centuries. Women are disparaged in our courts and in doctors’ offices through cold steel examination, no dignity allowed.

In many countries women are stoned byway of lies from their husbands. Mozhan Marnò (Iranian) was brutally stoned to death. Afterwards, forth combing truth, it was her husband’s salacious indiscretions and lies of deception, precipitating Mozhan’s anguished death.

These acts are of Authoritative Violence, meaning, a man who finds a threat in a womens’ knowledgeable wisdom or beauty,  Women Know Your Power, often becomes an internal hunted aberration. A desire to crush, in some degree an aberrance to annihilate!

must we reverse our morays in time, having all women chaperoned?

It is time to take a firm stand against the violent perpetrations committed daily. These acts are a living execution of shame and fear. Support all women, girls, all victims of violence. Stop the Insanity of repugnant transgressions.

Men who rape as adults begin at a young age. It may have been his sister/s or a cousin, innocent persuasion. As the deviancy grows, their conviction in aberrant behavior adds power to their belief, “they will never be caught and are justified in their actions.”

As a serial killer continues their ravaged killings. Rape is an equally violent assault. Yet our courts, countries, cities do not support woman when she calls out for help, due to these opprobrium assaults. Once a man commits a crime of fierce destructiveness with full intention to terrorize a woman, if the crime goes unreported, as the serial killer, the deviant personality will continue with brazen impertinence, the pillage of rape will continue, just as a serial killer kills.

There is one paramount difference. Serial killers are convicted when apprehended, and placed on death row. Rapist, the lowest percentage found in courts, reported or convicted, often go free or have a minimal sentencing. The Punishment ought fit the crime! Render the repeat offender a Eunuch! For each rapist is a repeat offender! 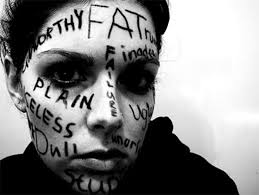 Rape, is a forced action, non-consensual, against an individual, a penetration or any physical contact that involves personal manipulation of a another’s person’s body, is a crime. There are “No Statute of Limitations.” Rape is traumatic, and given the trauma, women must choose wisely for their continued life and wellbeing.

The answer is simple, Shock and Traumatized, not wishing to ruin other successful areas of their lives or interrupt their position in life. Protecting their families. There are many well-founded and persuasive reasons. These decisions are personal!

For many women RAPE is a shock to their bodies and their mental stability. Some disassociate, others keep quiet for they have full knowledge of what they face in the public domain, more Shame! More Assaults, even from other women, stating – “Why does it take so long to proclaim this violence?”,

We continue to blame a women: the clothes she wears – the time and place she might be – the type of people she befriends – her actions having some drinks – not understanding the males hidden agenda and later to be oppressed when finally speaking out. None of which are a viable reason for Rape via a corrupted mentality, man or court judges.

The unfounded unprosecuted vile aggression intensifies, raping a wife – instead of respecting her choice and her body. Taking the violence much farther, to their children, daughter or son! There is no ending of the descereation, until the public understands this violent act and demand the courts to convict instead of exoneration.

Rape goes farther into the political arena. Strangers who deem they have power over every woman’s body and their reproductive nature. Women have given life to every human upon this earth.

Women, our bodies are our own to choose how we reproduce

This is a woman’s choice whether to give birth to another child. Another fatherless child? Another child born from rape? And untimely pregnancy. Our reproductive nature is our own, contained within our Women’s personal bodies. Not via politician aspirations, nor churches or monarchies, nor anyone outside of our chosen lives. We choose carefully given the Earth is filled with wars, hatred, pollution, oceans filled with trash that are killing all marine life. We women must make a conscious choice, that choice is ours alone!

What I have written here is more of a historical account. In the near future, I will write on how to deal with the trauma. If we understand a position in life, possibly we are then armed to deal and remove the repetition in history.

Speak out ladies the time is now! 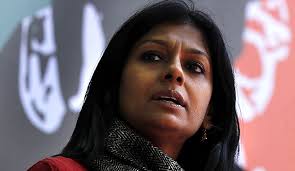 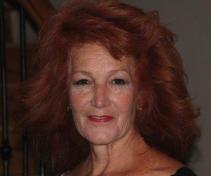