The more Outlandish the idea is, the probability of its success. And, without a business plan. Never give up on your idea, and allow that idea to be reshaped many times. 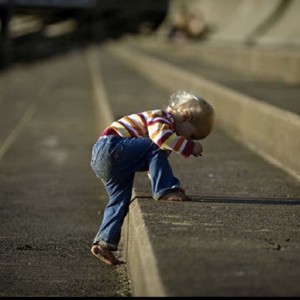 There is a Twist!

Many investors look for the most unlikeliness of ideas to invest in! Here are some of the most unlikely successful ideas that have made millions to billions in annual revenues, reshaping our world for generations to come.

Google!: Originally named BackRub and googo – a web based crawler. Founded by two Stanford PhD candidates who found each other “obnoxious!”  (Ok that was a given!)

AirBnB: Founders in 2006-2007 Brian Chesky and Joe Gebbia,  with an air mattress and one stranger, happenstance of a meeting, the stranger needing a place to crash. The exchange was $10. (shortly after Nathan Blecharczyk joined). They created a website called “Air Bed and Breakfast.” First customers – a 30-year-old Indian man, a 35-year-old woman from Boston and a 45-year-old father of four from Utah sleeping on their floor. A decade later, $31 Billion annual revenues. Occupying 191 countries, over 65,000 cities, with over 3,000,000 lodgings and 150,000,000 users! An air mattress and a city, San Francisco m/hotels solidly booked. Really odd idea that Worked!

Off and running Visionary! Elon Musk: Chairman of Solar City., The Boring Company.,  SpaceX.,  NeuraLink., and more!  Musk was not the founder of Tesla. Tesla was founded by engineer Martin Eberhard and computer scientist Marc Tarpenning in July 2003 – Musk joined the board in 2004, and became CEO in 2008. First company founded by Musk and sold – Zip2 biography.

Ideas can go awry!  Smart phones, computers, TVs are often an addiction. Justin Rosenstein, the  brilliant engineer of Facebook “Like” button has joined many concerned parents and Behavioral/Psychological scientists, profusely speaking on the need for humans to disentangle from devices and online obsessions. Regain the face valued relationship.  Now, these very same engineers are setting into motion – apps for no apps or apps to circumvent the human in setting time limit apps. Another brilliant idea, which two years ago would be considered heretical.

We all have Ideas! Never allow a person to tell you, you are not allowed to try your idea, especially on Social Media.

Recently, a “Neuropsychologist” was extremely perturbed with my (exploratory) 9 day idea. I shared my daily idea in several G+ communities, and in one particular community, having a minor amount of traffic. The Neuropsych became disgruntled and directed me to FB! After researching some of my writings! This caused me to giggle, then laugh and worse, I got curious! Why would anyone go that far to tell me to leave a social media platform?

Offering this person some options, further antagonizing their hubris mood. “You are welcome to Mute, Block or not read my posts on G+.”

The end result, I Muted him!  And, continued to post a minor amount while curiously wondering; the audacious attitude of some who find themselves in such authority to rid anyone of their Rights on Social Media or Free Speech!!

The point is: Don’t let someone tell you, “you have no right to your idea and, go away – I don’t like what you post! You have Rights to your Ideas! Go for it and share! Your idea could help the world, be potential words to inspire, or become an addiction of sorts. An idea might gather strangers together, who like Google founders, found common ground creating a crawling network, allowing the world to ask questions from a central location and find areas of common interests and education. Or an Air Mattress in a foreign country.

About the Author: MicheleElys is a Neurobehaviorist ~ Writer ~ Educator ~ Keynote Speaker.

“Concussions are a huge drain in the workplace!” 4-6 week training program relieving the agony of TBIs and concussions.