I am astounded!!  April 5th meant, this was Bette Davis’ birthday and mine!

The Diamond is the Birth Stone of April and Diamonds come in an array of colours!  Ruby, Yellow, Pink, Black as shown here, and more.

How diamonds are cut and polished can be broken down into five steps: planning, cleaving, bruting, polishing and inspecting.

Nonetheless, there is much more to April 5th, Historically!

Present to me on my Birthday this Friday, April 5th, as a wish from Asesh Datta on LinkedIn. In his words given, Asesh is also a writer [with only slight editing]. I was blown away with facts and Gratitude.

Accelerate ACL Awareness Among Young Women Day is a campaign to raise awareness among parents, coaches, educators, and young women, so that young women may be educated on how to prevent and treat ACL injuries. ACL stands for anterior cruciate ligament, which is a ligament in the knee.

The ACL may be stretched, partially torn, or completely torn, the latter being the most common. Injuries are usually caused by a sudden stop, a quick change in direction (known as cutting), landing after jumping, and direct forceful contact to the knee. Accelerate ACL Awareness Among Young Women Day, also known as National AAAYW Day, is being observed today Friday April 5th!

It has also been observed annually on April 5th. Bell Bottoms Day is being observed today! Dang they were ugly, I wore them!

Also, observed annually on April 5th. On April 5, 2063 [or will take place], the first contact between humans and aliens took place, when the  It had been tracking the warp signature of the Phoenix, the first human ship to reach warp drive speeds—a speed created by its pilot, Dr. Zefram Cochrane.

A Vulcan disembarked from the T’Plana-Hath and greeted Dr. Cochrane with a split-fingered Vulcan salute and the words, “Live long and prosper.” [There is an adjunct to this fact, a Jewish sign which known by Leonard Nimoy!]

This meeting set the groundwork for the United Federation of Planets to eventually be created. The meeting was documented in the film Star Trek: First Contact, which was released in 1996. Since the release of the film, Star Trek fans—known as Trekkies (or Trekkers)—have embraced the day.

April 5 was the day of first contact because one of the screenwriters of Star Trek: First Contact, Ronald D. Moore, made it the same day as his oldest son’s birthday. First Contact Day is being observed today! It has been observed annually on April 5th since 1997. 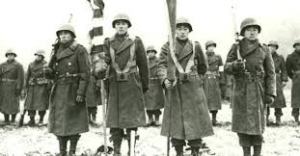 Go For Broke Day is a day for taking a chance, giving it all you have, and leaving nothing undone. It may be a day to put all your money down when gambling, to risk everything for a new project or business endeavor, to start a new job, or take a chance on a new relationship.

The motto of the American 442nd infantry division during World War II was “Go For Broke.”

This division was made up of Nisei, Americans of second-generation Japanese descent. The soldiers fought in Europe and became the most decorated regiment in American history. Of the close to 14,000 that served, 9,486 received Purple Hearts. Twenty-one members received the Medal of Honor. 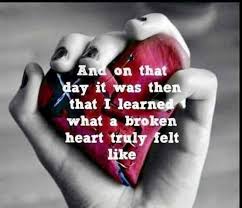 The first to do so was Sadao Munemori, who died on April 5, 1945, after sacrificing his life to save fellow soldiers near Seravezza, Italy.

If you’ve ever been in a hospital, you know that the first person you tend to encounter is the Hospital Admitting Clerk. What an admitting clerk goes through on a daily basis is perhaps not appreciated by those who are coming in. After all, they’re usually coming in sick, in pain, and generally not with their best game face on.

They deal with all the illnesses you bring in, the cranky children, the attitude that comes when you’re in pain that we can’t help. Hospital Admitting Clerks Day is dedicated to them.

National Caramel Day is being observed on April 5ht! It has always been observed annually on April 5th. Caramel Day is dedicated to the rich, gooey, delicious substance made with the dark alchemy of the culinary arts. It is the known as Caramel, which is in fact born out of the rather exacting process of caramelization.

The process is deceptively simple, you need merely increase the heat of sugar to a mere 170 °C (340 °F), at which point the sugar breaks down and turns into this much delectable substance with its rich golden color and iconic flavor. This is just the start of this process, the beginning of a trek to that which we think of as ‘Caramel’, that coater of Apples and binder of popcorn.

National Dandelion day is observed! It has always been observed annually on April 5th.

National Deep Dish Pizza Day celebrates deep-dish pizza, a variation of the Chicago-style pizza. The pizza was created at Chicago’s Pizzeria Uno in 1943, either by the pizzeria’s founder, Ike Sewell, or by its original pizza chef, Rudy Malnati.

A high-edged steel pan, almost resembling a cake or pie pan, is used to bake the pizza. It is oiled so the pizza can be easily removed, and to give the crust a fried look. Dough is pressed on the bottom and sides of the pan; the buttery, cornmeal crust is not very thick itself but may be three inches tall on the edges, in order to hold all the ingredients.

It has always been observed annually on April 5th. National Flash Drive Day is being observed today!

National Walk to Work Day is being observed on April 5th! It has always been observed the first Friday in April which this 2019 was a Friday.

Of course, the Heart of Walk to Work Day isn’t just based in our physical and emotional health, but actually concerns itself with the health of the planet as a whole. Prevention magazine promoted this holiday in 2004 and it was quickly picked up by the US Department of Health and Human services.

It was a strong mutual push for this holiday in the years to follow, and continues to be celebrated and supported unofficially my people everywhere.

Read a Road Map Day is being observed today! It has always been observed annually on April 5th. “The road goes every onward”, but where does the road in fact go?

We could always ask our handy-dandy GPS, but Read A Road Map Day a day dedicated to going back before the time of such handy little devices. Instead it heralds back to a time when it was actually possible to hold a road map upside down, or stand over the hood of your car on the side of the road with it spread out.

The map represented adventure, it represented places unseen and roads untraveled, and was the ultimate guide back to where we started. If we could find out where we were on it.

Student Government Day is being observed today! It has been observed the first Friday in April since 1947.

Poet in a Cupcake Day (5th. April) is a fun capstone day for Take Your Poet to School Week, a week-long event that began through the efforts of Tweetspeak. Tweetspeak is a poetry party collective that regularly hosts poetry parties where people can come, write poetry and submit them on Twitter or to their blog website.

Tweetspeak originally started as a small group of friends on Twitter who loved writing poetry online and in 2009 officially launched Tweetspeak to keep up with their poetry archives and help others express themselves in the world of poetics. Since then, in 2015 Tweetspeak was acquired by T. S. Poetry Press, a publishing company that publishes poetry and other forms of literature. With so many occasions to celebrate on this special day, also enjoy this day to the fullest with fun and laughter along with friends, family and near and dear ones.

I personally thank Asesh Datta for sending me this wonderful script of information for those born on April 5th and or, if the day falls on the first Friday of April, which we had both this year 2019.

And YES, I bought two Lottery tickets before knowing all of these wondrous Historical facts!!

The evening prior, I had a epicurean gourmandizing 3hr + Birthday evening out with some fascinating and prodigious friends at Indulge Bistro & Wine Bar.

Vegan, Vegetarian and Gourmet Elegance – Fabulous food, with  environment to compliment, and exemplary service by way of Manager Sheree and waitperson Peyton. Thank you both!

About the Author: MicheleElys is a Neurobehaviorist ~ Writer ~ Educator ~ Keynote Speaker.

“Concussions are a huge drain in the workplace!” 4-6 week training program relieving the agony of TBIs and concussions.