Life is fleeting, the suffering has been for decades. 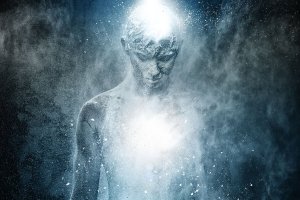 It is my silent grotesque misery. No one is allow in these doors, not even myself, as the streamy stench of smoke sifts through. Wishing there were a piece of life worth living for; there isn’t. With all desire, allow me a peaceful end!

September has been Suicide Prevention month, and we humans are not preventing Suicide, instead we raise Awareness of how many more suicides are committed from country to country each year. We do not understand nor empathize with such dreadful deformity. Far, in the depths lies the torment, unseen. We delegate life and causal actions into neat little packages, life is anything but neat!

What are we not seeing? In these desperate times of personal need, many who are close to us and then suddenly perish.

Congesting the “Mental Illness” stigmatization all into a category, which bears no merit, full of inaccuracies – a human is not an insurance form! Where does this emotional destruction belong?

Under Human emotions and our unwillingness to understand life cycles and our dire need for hope!

Suicides; let’s take a visceral journey into one of life’s gravest taboos, offering glimpses into the darkest, and possibly most impenetrable corners of the human mind and emotions. The silent deadly never to be spoken, there is no veneer of normalcy.

Simply stated, when a person reaches this point in life, life is not worth another moment of their time, all hope has been lost; every cell wants to shrivel and disappear – allowing life’s End!

Unfathomable for many to understand such desolated torment- how could any human including children want to end their lives?

“I no longer want to live.” Most will never hear such words and those who do, often take the wrong course of action in verbiage and treatment;  drugs- over medication. Drugs do not work – they form addictions! Treatment for depression – many are not depressed. The unspeakable darkness is overwhelming! Too many improper diagnoses  – forced hospitalization – police called – told “talked out (of) your feelings in a group therapy where the secrets hide deeper. Worse come these desperate words, be positive – calm down, life is not that bad, do you know god? Let’s pray together. If these venues worked, we would not have an epidemic of daily suicides.

A person is living in Oblivion; beyond any edge of life – an unfathomable point where life has no meaning! Ponder for a moment, allow yourself to travel in the dangerous darkness of secrets and the terrible cost of silence.

Think before you assume you have the answers!

Well meaning people all too often think; “allow my telling of a different life perspective, or share what I have been through – maybe this will inspire” These thoughts are often self indulgence! Your life and norm is not what a suicidal person is wrenched with.

Ponder these questions first: If you perceive yourself to be happier in life; why do you wish to force your perspectives on those who live in misery? Why do you want to change their view to our own? Is your life the only experience which might work for most, especially someone in unseen well of hidden emotional turmoil?

We have the audacity to impinge our narrow perspectives as the panacea. We are unfathomably inept, we fail to understand the simple act of falling love!

Beware of your well meaning actions will shut an endangered person down!

Finding an erudite trauma therapist (which are not plentiful), who understands the malice lived inside have had a smidgen more success in reaching a person who wears a well worn concrete mask.

The UK has seen a decline since 1981! The BMJ (science journal) report, men are 32% less to commit suicides than women, yet suicide is still the single largest killer of men under the age of 45. Other monovalent areas, men seek refuge in alcohol or other addictions, augmenting depression and impulsive behavior. Suicidal intention is not solidly dependant on these two latter factors.

What are the statistics for women? Pending the country, the numbers are staggering. Greenland has climbed to the highest, being a welfare state. A contradiction stated in the US pertaining to adult women, are 1.2% higher than men. South Korea, India and China, women are the a highest percentage of suicides while Greece having the lowest.

Pentagon and military services, their institutes attempt to raise awareness and promote prevention. The only awareness being raise is – These programs are not working!

The crimes of Social media!!! How many teenagers depend upon what is written or LIKED on a computer screen?

Workplace suicides are up 11% since 2017 – skyrocketing in 2018, I wonder what 2020 statistics will find. Men might be more reticent in stating vulnerabilities or seeing a doctor, while women are experiencing tremendous pressure at work, making a decent financial living, supporting fatherless households.

Where is there Hope!

The perilous squall heightens, the emotions are formidable, and yes they do have their Tells, if an outside person cares to step near the insidious obscurities. Suicidal Intention is no longer fixated on how to end life, “Life has no value and the person no longer wants to live!” Repeat; Life no longer offers any hope, no reason to live, only dire determination to leave.

Leaving many behind in shocked, stunned, who never asked the important questions: what was misery and for how long? How could I not see – my friend, my husband, a colleague what went wrong? Most important, what do we not want to see?

Look deeper and listen with all senses, there are more than six!

There are many questions we might ask, after the action of suicide.  Most often we are looking in the wrong direction for answers.

Instead look to one or two elements of life a person might resonate to, bring hope – a spark of life. Moments a person would not want to leave behind. Everyone will have a different answer.

One cannot inspire the hopeless from death. 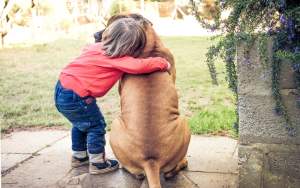 Hope, is not given in advice, carefully offer to Listen!!

We can Listen and shut the f*ck up!

Most do not know what to listen for, they are not living in despair! Listen no matter what; the stories are dark and heinous!

Scarred for life, most will not make sense unless, you yourself have faced such despondency; Listen!

The human mind and body is not built for enduring holocausts. Soldiers from war, war makes no sense, the experience leaves any human senseless, encompassed in noncognitive pain – scarred for life as some soldiers have told me in whispers.

Genocides of Rwanda, Nazi death camps, killing in open graves, these memories are passed through generations, we fail to see the stealthful rise of emotions. Traumatic injuries, refugees with no country to call home,  extended medical procedures. Dissociated memories, rape, incest, degrees of harassment and bullied, a life stolen – life can and will take our breath away.

Are you ready to change what we humans have created in our world?

For other articles on suicidal intentions please click on this link:

When Kindness is Necessary 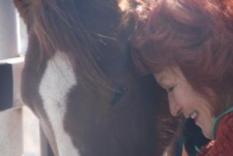 About the Author: MicheleElys is a Neurobehaviorist ~ Author ~Keynote “It’s About Life!”